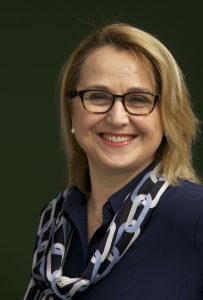 Prof.Dr. Gülümser Deniz Bayrakdar is professor at Kadir Has University, Communications Faculty, Radio, Television and Cinema Department. She has served as dean (2006-2012) and vice rector at Kadir Has University (2006-2012), at Bahçeşehir University (2001-2004), as founding department chair Cinema and Television Department Istanbul Bilgi University (1999-2001), and established Middle East Technical University, Audio-Visual Systems Research and Production Center (1992-1996) has acted as the director of the center.

She organized the conference New Directions in Turkish Cinema, and has published fifteen volumes thereof (1998-2019). She is the Chair of the Communication Committee and Executive Board Member at Unesco Turkish National Commission.

She has published and co-edited volumes on media and gender and mediated identities.

Her recent editions are:

Prof Dakovic and Prof Bayrakdar have a cooperation past going back to 1995. They have been selected to the Salzburg Seminar on “Do Films Matter? The Artistic, Political and Moral Impact of Film’, Austria, 4-11.1994 The collegial encounter from 1994 have resulted in several academic and cultural activities on both sides. Prof. Bayrakdar (Derman) has realized a series of publications on Media Studies through the European Union Med Campus Project A#126.

Her project experiences are as follows: