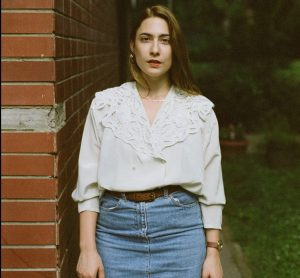 Maša Seničić (Belgrade, 1990) completed her BA and MA at the Faculty of Dramatic Arts in Belgrade, where she is now a Research Associate, pursuing her PhD thesis in the field of Film Theory, New Media and Memory Studies. She has taken part in various local and international film, theater, visual culture and poetry projects/workshops/events – as a participant, a lecturer and an editor – while also contributing to film festivals as a writer, a moderator and a programmer (Auteur Film Festival Belgrade). Her prose, poetry and essays can be found in anthologies, collections and magazines in the ex-Yugoslav region and across Europe. In 2015 she published her first poetry book “The Ocean” (Okean, the Mladi Dis prize) and in 2019 her second book, “As Occasional as a Vacation Home” (Povremena poput vikend-naselja, the Dušan Vasiljev prize). As a freelance author Seničić contributes to and initiates diverse independent interdisciplinary projects and publications.